The New Single "DO IT AGAIN"

Listen here > https://radio-chart.com/profile/jackiesboy
at May 19, 2020 No comments: 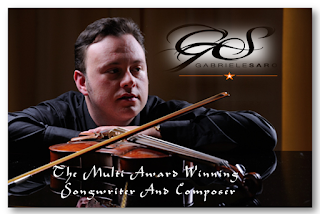 "GABRIELE SARO" The Multi Award Winning Songwriter & Composer-for film & therapeutic music; jingles/commercials, R&B songs; Music Teacher and NBO Member (NLP)
Gabriele Saro was born in Spilimbergo (Pordenone, Italy) and he lives in Villalta di Fagagna (UD). From an early age he showed a great predisposition towards music, when at the age of 6 he reproduced on the piano the melodies he heard on television.

He has been always motivated by two different attitudes: on one hand scientific rational, on the other hand artistic and creative. He has a scientific A levels and a Bachelor Degree in Business Economy, a Diploma in Violin and a Master of Music in Film Composition: different paths, but Gabriele knows how to mix them perfectly. That's why he accomplished a Master in Neuro-linguistic Programming in 2012 and a collaboration with NLP's international trainer Marco Valerio Ricci for the realization of sound material for therapies: music and rationality, research and harmony.

These are just a few interest of Gabriele, the ones which influence his artistic career: anthropology, biology and science fiction... but the most important activity is beyond doubt music and composition.

He cooperates as a violinist in classic and light music, he sings in various choirs of Friuli Venezia Giulia and he also went on several tournée abroad with them, the last one in Canada.

Art and science, holy and profane: Gabriele's dual soul reveals itself also in the variety of his compositions published. Rising sacred music composer thanks to many masses and pieces for "a cappella" or with instrumentals, boasts many flattering appreciations also for his profane compositions, mainly for symphonic and wind orchestra.

The enthusiasm and the passion for his job and for his life got him in touch with lots of persons, creating new collaborations. He recorded CDs "Sunsets", "Sunsets 2" "Passion" and “SensationS” (on AMAZON, BigCartel, Macrolibrarsi, Il Giardino dei Libri, and on digital download worldwide). These tracks for piano, violin and cello, awarded at Global Music Awards, can be considered as first works that bring Gabriele closer to the world of incidental music: those are the most appreciated works according to the public in Concert Halls and radio broadcasting, in USA, Canada and Japan in particular, making Gabriele extremely proud.

He has plenty of collaborations: he works and share his notes also with lots of artists also for Pop, R&B, Club, Rock and Electronic Music. One recent achievement for Gabriele is the agreements that he signed with prestigious American Licensing Companies and Publishers, like  Simply Grand Music Inc., Music Of The Sea Inc., Audiosparx and Songtradr for the commercial licensing of these tracks (Top 100 Artists, Omnicom Group NYC, major films, indie films, networks and cable tv, advertising, in store play, phone apps, video games); his music, distributed also with the Alias Gabe Saro, has been pitched by Companies like FOX, BBDO,  L'Oreal, Fed Ex, American Media Inc., Clockwise Media Ltd.

He won several National and International Prizes, in Songwriting like USA Songwriting Competion and UK Songwriting Contest, and in Choral, Orchestral and Film Music Competitions; gorgeous moments for the Contemporary R&B songs proposed and heard by superstars like Usher, Chris Brown and Rihanna.

Among his Awards, music for documentaries, being part of the Virtual Choir 4 and 5 by E. Whitacre, more than 800 tunes registered with   S.I.A.E. and  ASCAP (USA), being full member at The Guild of International Songwriters and Composers, andbeing selected on titles for entrance examination on a Master in Composition post Diploma by the prestigious Academy of Lubiana (2017)

A life for music, and music for Life: this is the real biography of Gabriele.

I'M A MILITARY KID WHO HAVE BEEN DREAMING OF BEING A PROFESSIONAL SINGER/SONGWRITER. MY OVERALL DREAM IS TO SHARE MYSELF WITH THE WORLD.  I'M 19 YEARS OLD AND I'M ATTENDING AIMM IN ATLANTA GA TRYING TO GET MY DEGREE IN MUSIC TECHNOLOGY. 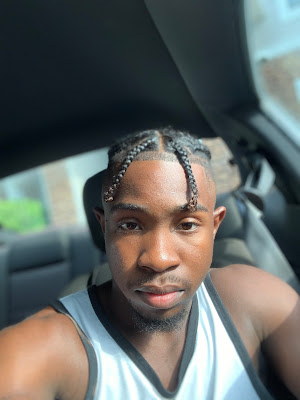 
#prayerfordoctors - GLOBAL CAMPAIGN!
WE ARE HUMBLED BY THE AMAZING AND COURAGEOUS WORK BEING DONE BY PEOPLE AROUND THE WORLD
Please watch video > youtu.be/EIltcZ7XICs
at April 07, 2020 No comments: 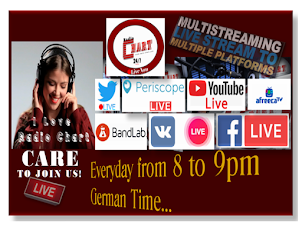